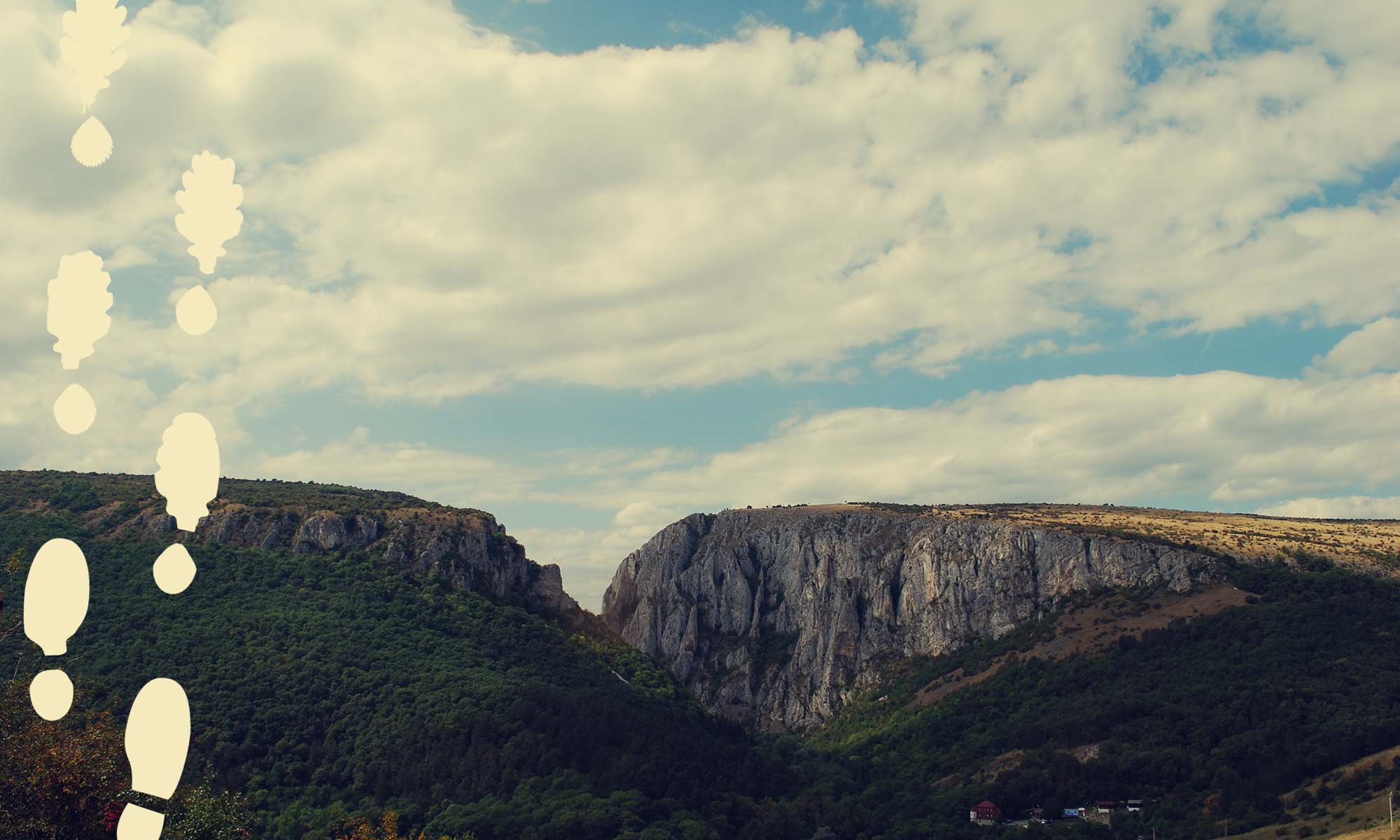 The best views of Cheile Turzii or Turda Gorge won’t be seen by any of the many hikers of the gorge. This privilege is reserved for the people who climb one or more of the beautiful multi pitches. I was very lucky that I met the right people there to undertake a few of the beautiful lines going up on the sides of the gorges.

I spent a total of 3 weeks in this area and I wasn’t done with seeing it all.

In the north of Transylvania, just over half an hour south from Cluj-Napoca you’ll find Cheile Turzii. The closest big town is Turda, where you’ll find public transport and shops. You can fly into Cluj International Airport and from there take a bus to Turda. From there you need something like a taxi to get to the gorge. If you’re driving, keep in mind that you need a vignette. Be aware that the last piece of road, down into the gorge is very steep and narrow. Some people, including myself, need to work hard to get out of it again.

I spend my time on Camping Cheile Turzii. Besides space for campers, caravans and tents they also have three little cabins. The great thing about this campground is the kitchen that everybody can use. Make sure you have a reservation or arrive early in the day since the campground often fills up, especially on weekends. From the campground you can hike straight to all the crags.

The area also offers some other facilities like a hotel. For people traveling around with a van it’s good to know that camping is allowed almost anywhere. So the big parking area at the entrance of the gorge is often used for overnight stays.

About ten years ago some guides were made for this area, but by now all have sold out and nobody seems interested in reprinting or publishing something new. So as a foreigner it’s a big puzzle to find out what is where. Most routes are available on the Climb Romania website, however the information there isn’t always as accurate. For instance the numbers on the image of the crags doesn’t match with the list of the crags.

So before climbing there, especially if you’re planning to do some multi pitching, pay a visit to the hut of the mountain rescuers Salvamont. They are located on the Turda side of the gorge, on the other side of the water close to the big parking area. They have a ton of information about the area and the routes. They have some old topo’s in English and they can advise on what routes are safe. Especially talk to them if you’re planning to climb a multi pitch, they prefer to tell you everything beforehand instead of having to do a resque later on.

The gorge has sport climbing routes and multi pitches on a mixture of bolts and pitons. Over the years they have been replacing pitons with bolts, but not every route has been (fully) re-equipped. Especially the multi pitches often are mostly pitons, but anchors have all been replaced with new gear. The nice thing about the piton multi pitches is that the difficult sections have a lot of pitons close together, so if you’re not able to do a certain move there is enough possibility to pull on some gear.

The downside of climbing here is that it’s not that busy with climbers, thus a lot of routes are hardly ever climbed. Resulting in fully overgrown routes and loose rock in the middle of climbs. Both me and my partner pulled out a rock of at least 15 by 15 cm in the middle of a climb. Again, I recommend talking to the people at Salvamont for advice on safe routes. Now might this all sound a bit negative, but I do highly recommend climbing here. There’s a wide variety of grades available, also for the multi pitches. With my maximum of climbing french 6a I had enough things to climb for two full weeks and probably more.

There is one via ferrata in the Turda Gorge. Not too difficult, but offers some great views along the way. Below I linked a website with the information on the route. However they are talking about the route not being safe. This is not an issue anymore. I talked with someone from Salvamont and he told me that there was some discussion between the old timers and the people who installed it. The via ferrata crosses through one of the most classic multi pitch routes of Cheile Turzi. However the route was never climbed. So they came to an agreement and the multi pitch was removed and the via ferrata stayed.

Cheile Tureni and Cheile Borzești also offer some via ferrata experiences. In Tureni a sign warns hikers that you need a full ferrata kit. However, if you’re an experienced climber the kit really isn’t necessary. I didn’t use one. The cables only traverse just above the water and you’re never higher than a few meters up. I really liked the scramble through the gorge and the return over the top of the hill, where I had amazing views down into the gorge. The Borzeșt has just some cables to get through some difficult sections near the waterfalls. Not a real via ferrata, but cables nonetheless.

Wear a helmet! There is a lot of loose rock in this area, whether you’re sport climbing, doing the via ferrata or climbing a multi pitch. I’ve had rocks fly by in all these types of routes.

For sport climbing a 60 or 70 meter rope will allow you to do most of the routes. Bolting, especially on easier routes, can be a bit spaced so you usually need a maximum of 10 quickdraws. The anchors do vary a little, but chains are put up more and more. You might also find just two separate bolts with a chain link on each bolt.

The multi pitches are often still equipped with pitons and the pitches can be long, so you need a lot of quickdraws and make sure you have a good amount of long ones to lower rope drag. The anchors are always just two (sharp) bolts, so make sure you have the right gear to set up your own belay station. Quite a few routes end on a ridge that you have to run out. There might be a piton or two on it, but it can be very comfortable to have some good long slings to place over the peaks. The return on most routes is via hiking and since the pitches are so long it’s not really possible to rappel.

For the via ferrata you need the regular set. Since there are a lot of tourists going on the route it might be possible to rent gear, but not sure where.

I was surprised how easy it was to find a climbing partner here. Staying on Camping Cheile Turzii will most likely help you to find a climbing partner. During the weekend a lot of local climbers set up on the campground. But during the summer holidays you’ll find quite a few foreigners staying here to climb for a few days. The hardest part is finding them on the campground. Because there are also a lot of people there for just a day to hike the gorge.

Another way to find partners is posting in the Cluj climbing partner group on facebook. Also you could talk to the people at Salvamont, they might know of people looking for partners too.

What else to do

There’s a wide range of beautiful hiking opportunities in the area. Besides the gorges there are enough hills and mountains to explore. I really enjoyed the hike on Piatra Secuiului.

I also visited Salina in Turda. It’s a huge underground salt mine. It’s slightly too touristy for my taste, but I’d never seen a salt mine before and it was very impressive. The spaces are enormous and the patterns in the rock are beautiful.

5 Replies to “Climbing in the land of 20 gorges, Cheile Turzii”