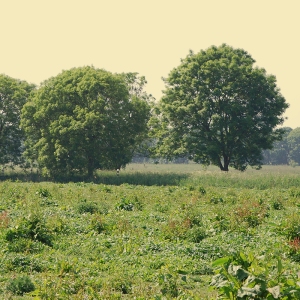 For several years the wolf has been the subject of the Dutch news reports. Occasionally a wolf is spotted at various places in the Netherlands, mainly along the border with Germany. Which causes a lot of commotion within that community. Is there a danger to humans and pets? I remember a message from a farmer where several sheep were bitten to death. The reaction of the farmer and the people around him was; “That is probably a wolf, let’s get rid of it, it threatens “our” life and existence”.

Until about 10 years ago the wolf was something for me out of fairy tales, comic books and the zoo. Until I read the book Wolf Totem. An impressive story that takes place in the Inner Mongolia region in China. You read about the unique balance that gives the landscape that special appearance. After the author has taken you into this special piece of nature, he shows how the people there destroy everything in a short period of time. It has a very sad ending, but that does wake you up. What happened in the book in a relatively short time also took place here in Europe. 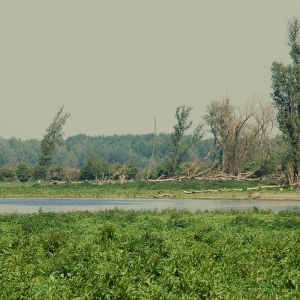 Long ago we lived with awe and a healthy dose of fear for the nature around us. In the course of time we have “developed” ourselves and we put nature around us to our hand. Something that “us” took away from us got a hard time, so much so that species disappeared. The wolf was one of these species. He is driven away towards the last wild parts of Europe. Fortunately, since the ’70s and’ 80s, we have become more aware of what we do with our environment. Not only do we ruin it for many animal and plant species but also for ourselves. Now that nature has improved on a number of fronts, we see the return of a number of wild animal species. Because we are no longer used to wild nature, we have no idea how to deal with this. 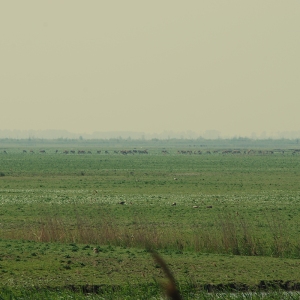 An example of this is the Oostvaardersplassen. A month or two ago I was there, after a cold long winter the grazed area looked like a desert, everything was bald. The amount of grazers in the fenced area is so high that not enough food was available last winter. Fierce discussions arose and two camps were diametrically opposed. One thought that animals that die of starvation in the winter is a natural state of affairs. The other feels that this is no nature and that these kinds of animals have to be fed in during the winter. In my eyes both camps are partly right. You can not call a fenced area wild nature, but that animals die in the winter because of a shortage of food is also normal.

A few years ago they performed an interesting experiment in Yellowstone National Park, America.  They had problems with the deer population in the park. Gradually the different grazers started to have a huge impact on the Yellowstone landscape. After probably considering many different solutions, they decided to reintroduce the wolf. Here, too, the wolves had been hunted for years on account of fear, resulting in extinction. After reintroduction, the population of grazers was reduced considerably in a short period of time. But that was not the only thing that happened. There was a huge shift of relationships within the park. I can’t tell you that as well as it is explained here in this video.

To come back to the Oostvaardersplassen. It seems fascinating to me to see what would happen if a pack of wolves were released there. Could a form of balance be found. What happens to the landscape when the wolf is going to do its work. What surprises await us when we choose such a solution. The experts will probably be able to make a reasonable estimate. But what can’t they predict? The last message I heard about the Oostvaardersplassen was that they would kill a large group and keep it up to standard by hunting regularly.

I wonder if the wolf option has been considered and what the reason is not to use the option.

If you find this an interesting article, do not hesitate to follow me via facebook or wordpress.

One thought on “Who is affraid of the big bad wolf?”

Just found this curious thing. If I'm not mistaken this is a tumor or cancer. Yes, also plants are able to develop them. #detail #forest #hiking #curiosity
Just pitched my tent in the second campground of a five day trip with @_nkbv Staying here till new year's day. This is my first experience with camping in low temperatures. Pretty but cold.
My caravan in it's winter location. Beautiful fall colors surrounding it. #caravan #tinyhouse #campinglife #fall
Made you a few pictures to show you what my home looks like for the winter months. #campinglife #caravan #tinyhouse #sheep #chicken
Made a lantern from a soup can, very happy with the result. Found a great trick online on an easy way to punch the holes. I filled the can with water and put it in the freezer. When the water turned to ice I used a hole punch and a hammer to create the holes. Happy with the result! #diyhomedecor #diy #tinyhouse #caravan #campinglife
After seven months in one place it's now time to move to my winter destination. Ready to explore new places. #caravan #campinglife #tinyhouse #fall
%d bloggers like this: