I have been unemployed and been working as a volunteer in the American National Park Service for the last thirteen months. I had some money saved up, but living on virtually zero income doesn’t allow a person to spend a whole lot. Now I’m going back to a life where I will be working for money again, it’s time to take stock over the last year.

This story is not going to tell you how you should save money. There are enough blogs online available for you to find lists of advice. What I’d like to share with you is how I tried to spend as little money as possible. Every person has their own priorities in life, if you’re looking for advice on how to save money look at what is important to you. Is it that new outfit every month, or is it bio foods? Whatever it is, it’s fine, you decide. This is how I lived for a year, the choices I made.

I’ve been in the USA from March 1st 2017 till March 27 2018, in total I spend just over 10,000 euros. It’s hard to tell you exactly how much that is in dollars since the exchange rate dramatically changed over the last year, but a rough estimate is that I spend about 11,111 dollars.

Of that amount I spend about 50% on groceries, gas and some necessities and wannahaves, 25% of the money went into the purchase and maintenance of the car. Basically I lived on 435 euros or 485 dollars a month. I shouldn’t forget that I flew into the country with a limit of two bags of 23 kg and one piece of hand luggage. After my arrival I bought some clothes, basic cooking gear and more things that I needed.

Now you probably want to know how I lived on 100 euros a week. First my car, when driving I tried to not go over 65 mph, since I felt that the car really started using gas when I was going over that speed. Also when filling up the tank I try to find the cheapest in town. It doesn’t look so much different those two cents a gallon, but if you add those two cents up over a year it could well be 10 dollars. To some this might be something to laugh at, but I think it’s worth it.

The second thing I did, and this can have a huge impact, was home cooking. In the USA a lot of people eat out a lot. I cooked as much as I could myself and when I was going out for dinner I got something cheap or I would have already eaten some at home so I could choose something light when going with friends. I almost never bought an alcoholic drink in a restaurant or bar because those are crazy expensive. Since many of the people I hung out with in this last year realized that I was on a real tight budget they were soooo kind to me and often bought me dinner.

I again want to thank each and every one of them, y’all know who you are! You made my stay just that bit more fun and comfortable.

When getting my groceries I spend a lot of time comparing prices in the shop. Bought a lot of frozen veggies, also I often bought family pack size meat and then repack and freeze it for later use. Throwing nothing away was also my motto, be creative and come up with some strange but sometimes surprisingly nice meals.

Ofcourse I never paid any rent, I lived completely for free. Park service paid for my housing when I was living there and when I was not with the NPS I lived with relatives who gladly paid for everything I needed. I’m so grateful that they helped me out, because living in a motel for a full month would have been impossible. 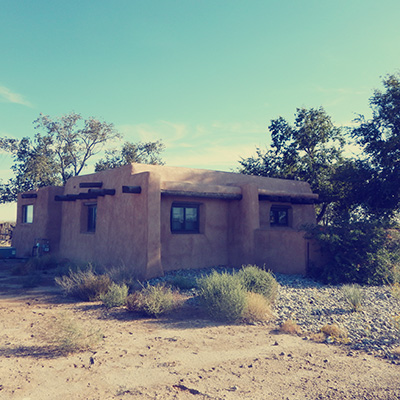 Third thing I did was thrift shopping. In the event of me needing anything the first thing I did was go to the thrift shop. Do they have anything that could suffice for what I need? If not, I’d browse around in various shops to compare prices before finally deciding on buying. When walking around in shops I, just as everybody else, sometimes saw something nice that I would want to buy. Luckily I often stopped myself in time and asked, “do I really need this right now?”. Often the answer was no, and I’d put it back. I think this is one of the big ways to really save money, we often buy things that we hardly ever use afterwards.

When I was traveling I slept in my van at a cheap or free campground or would even park at a Walmart for a night. I’d warm up cans of food for dinner and be creative and not to fussy about eating. I saw a lot of the country for virtually nothing.

I also became a library card holder, so I could take out movies and books for free. The library at International Falls gave me a card without me hardly even ask. Great how they give back to people who volunteer in their community. All these things added up made that I could live on so very little. And when the car that I bought will be sold, the number will go down even more.

Do you want to know where I did spend money on? For a long time I really wanted to own a pair of cowboy boots, so I got myself a pair of those. I bought some books and other things that remind me of my time in the States. All in all I spend 10.100 euros on a lifetime experience that no one can take away from me.

I did what a lot of people do when they stop working after a long career, I did it at age 33!

One thought on “Live on Little”

Just found this curious thing. If I'm not mistaken this is a tumor or cancer. Yes, also plants are able to develop them. #detail #forest #hiking #curiosity
Just pitched my tent in the second campground of a five day trip with @_nkbv Staying here till new year's day. This is my first experience with camping in low temperatures. Pretty but cold.
My caravan in it's winter location. Beautiful fall colors surrounding it. #caravan #tinyhouse #campinglife #fall
Made you a few pictures to show you what my home looks like for the winter months. #campinglife #caravan #tinyhouse #sheep #chicken
Made a lantern from a soup can, very happy with the result. Found a great trick online on an easy way to punch the holes. I filled the can with water and put it in the freezer. When the water turned to ice I used a hole punch and a hammer to create the holes. Happy with the result! #diyhomedecor #diy #tinyhouse #caravan #campinglife
After seven months in one place it's now time to move to my winter destination. Ready to explore new places. #caravan #campinglife #tinyhouse #fall
%d bloggers like this: